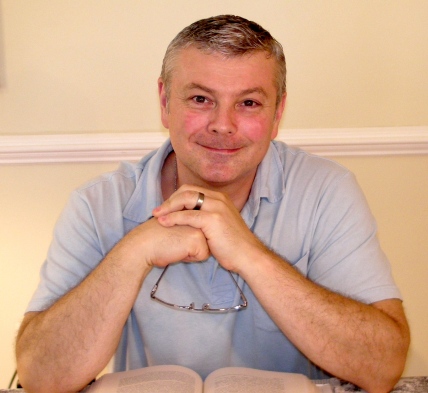 Award-winning author and historian Alexander B. Rossino resides on the western slope of South Mountain near Boonsboro, Maryland. He is the author of Hitler Strikes Poland: Blitzkrieg, Ideology, and Atrocity, an acclaimed history of the racial-political policies implemented by the Third Reich during its 1939 invasion of the Polish Republic. Dr. Rossino is also the author of Six Days in September: A Novel of Lee’s Army in Maryland, 1862, a novelized history of the Maryland Campaign that tells the story of the Army of Northern Virginia and the inhabitants of Sharpsburg, Maryland. He worked at the U.S. Holocaust Memorial Museum from 1994 to 2003 and is the author of more than a dozen scholarly articles and book reviews. His interest in the American Civil War dates from childhood and he long wished to write a book on it that transcended the rigid boundaries of academic history. Six Days in September represents that combination of interest and desire. His current research focus is entirely on the American Civil War.

In the author’s words …

On a sunny afternoon about as far back as I can remember, my grandfather sat down next to me on the sofa in his living room. In his hands he held a thick, heavy book with the words “The Civil War” in faded gold lettering on the spine. The book was Bruce Catton’s American Heritage Picture History of the Civil War. Little did I know at the time that my grandfather had just introduced me to what would become a subject of lifelong interest – the history of the War Between the North and the South. The pictures and maps in Catton’s book captivated me and I pored over them for years.

As my interest grew, my parents fed my fascination. My father took me to Gettysburg and Antietam and the shelf of Civil War histories in my bookcase bowed under the weight of accumulated volumes. Twenty-five years later I moved to Northern Virginia and continued visiting battlefields. Still, I had never written anything on the Civil War and didn’t think I ever would … until 2012.

It was then that I rediscovered my fascination with the Civil War and considered writing about it. I hadn’t gotten far with any ideas until I moved to western Maryland. The landscape fired my imagination and inspired me to begin writing about events in the 1860s. So many histories of the fight at Antietam exist, however, that I decided to focus on historical fiction. Gettysburg had Michael Shaara’s The Killer Angels, why couldn’t Sharpsburg have its own iconic novel?

Six Days in September: A Novel of Lee’s Army in Maryland, 1862 is my attempt to provide it.